On Sunday, March 26 through Tuesday, March 28, 12 students from Detroit Mercy ASDA participated in National Dentist and Dental Student Lobby Day in Washington D.C. It was the first year the American Student Dental Association (ASDA) and the American Dental Association (ADA) combine their advocacy efforts and it was a great success. Students mingled with dentists from across the country at a mixer the first night, which was college-sports themed to coordinate with the ongoing March Madness tournament. 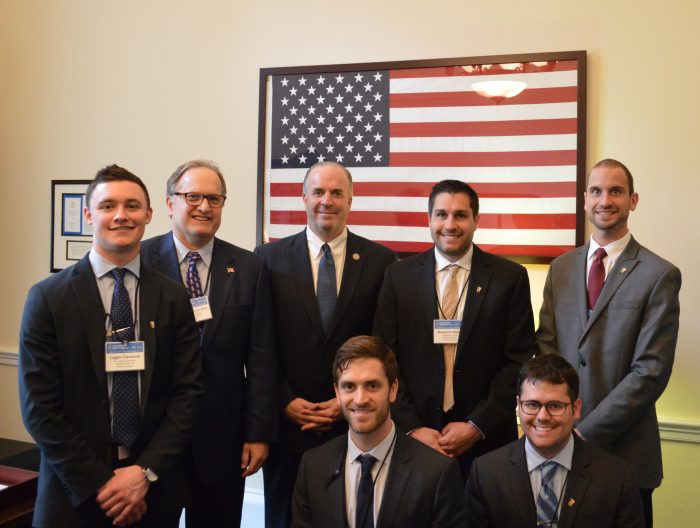 Monday, was a busy day of lectures and meetings. Dentists and students learned more about how legislative policies affect the field of dentistry and outlined the details of the specific bills they were to lobby this year. Students heard from political experts on both sides of the aisle who described the current political climate in D.C. and what the future may hold. An evening mixer provided students and dentists the opportunity to meet with the four dentists who currently serve as congressmen in the House of Representatives. 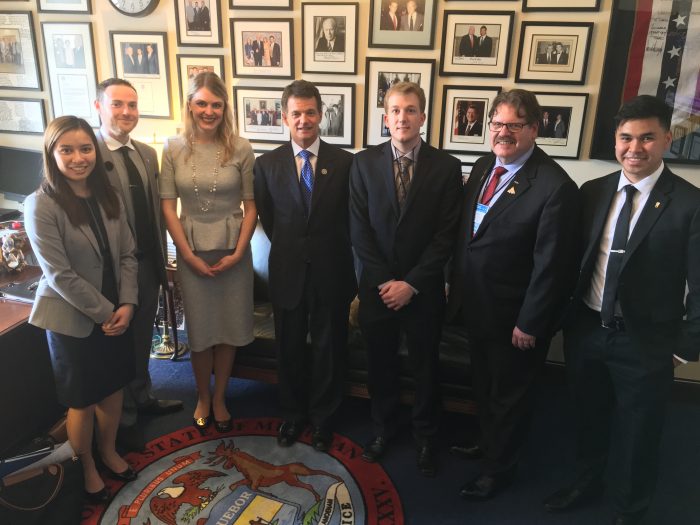 On Tuesday, students traveled to Capitol Hill where they met with legislators and their healthcare staffers. Detroit Mercy students had the pleasure of meetings with Congressman Dan Kildee and Congressman Dave Trott. 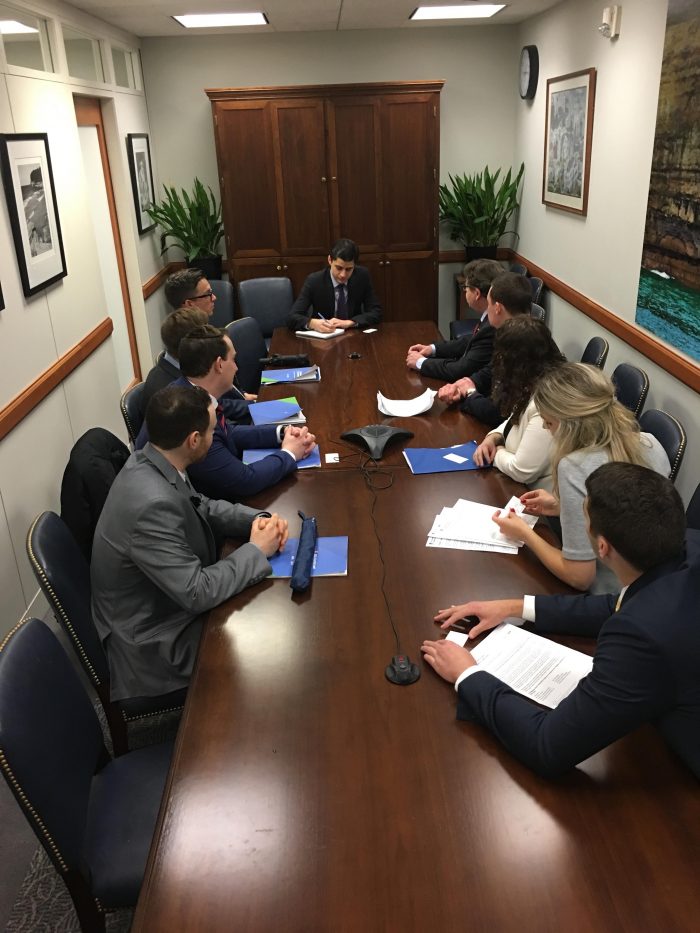 Two bills students and dentists lobbied for were H.R. 372 and H.R. 1614. H.R. 372–Competitive Health Insurance Reform Act of 2017, proposes to amend the McCarran-Ferguson Act of 1945.  H.R. 372 declares that nothing in the McCarran-Ferguson act modifies, impairs or supersedes the operation of antitrust laws with respect to the business of health insurances, including the business of dental insurance.  This bill would make dental insurance companies subject to the same anti-trust laws as other cooperation and promote healthy competition in the insurance marketplace. The dental community received a success the week prior to lobby day as H.R. 372 passed with bipartisan support in the House and only seven opposition votes. The next step is getting the bill to pass in the Senate.

Students also lobbied H.R. 1614-Student Loan Refinancing Act which would allow students to refinance their loans more than once post-graduation. The bill has recently been introduced in the House of Representatives and is awaiting committee review. 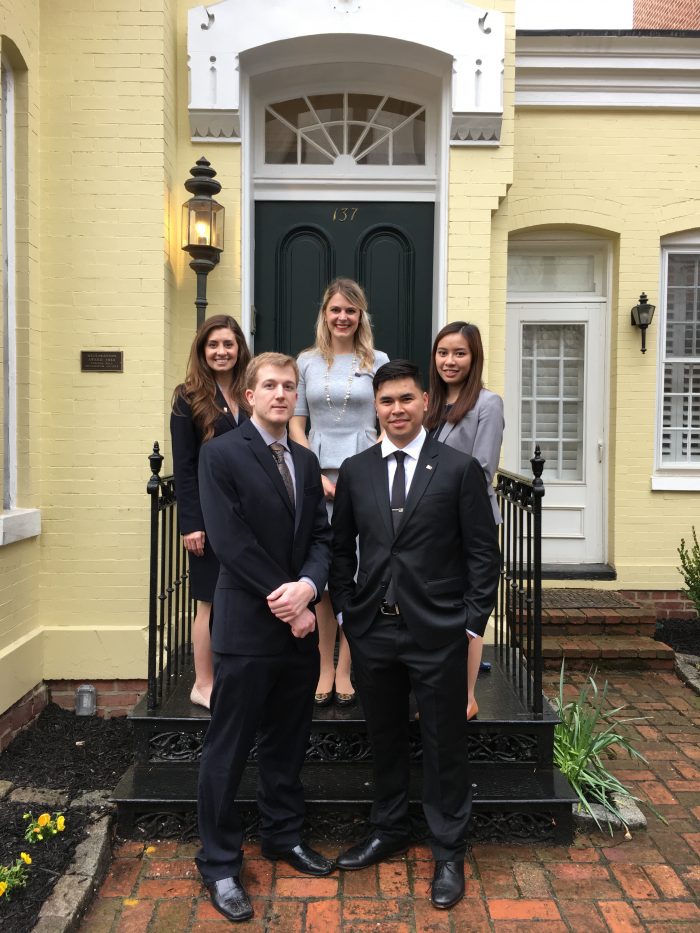 Students also had the opportunity to visit the ADA house near Capitol Hill. The house just went through an extensive renovation and will soon be available for ADA members and their advocacy activities. 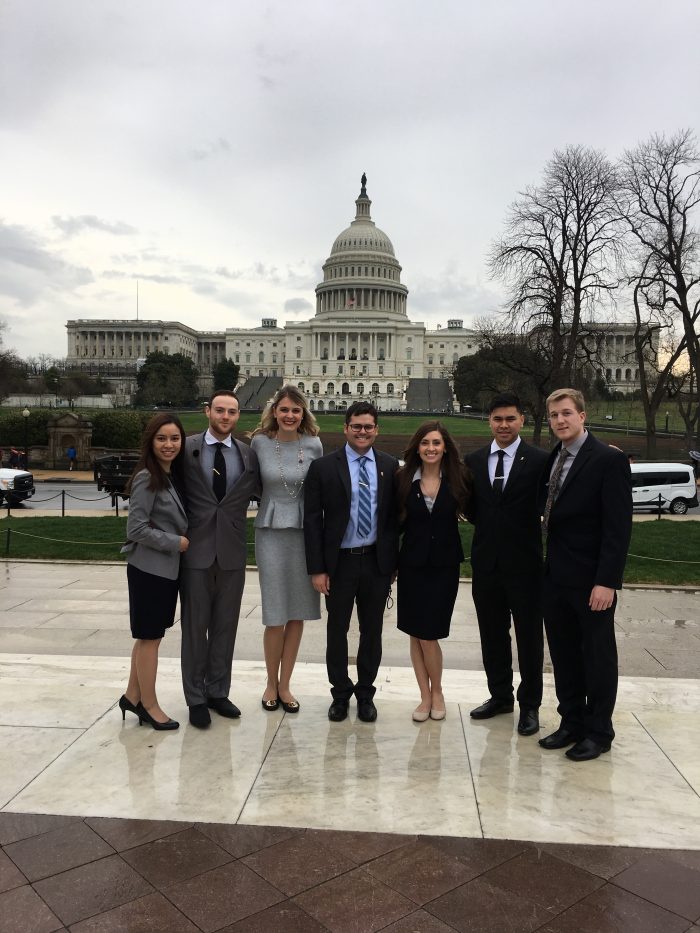 Overall, it was a memorable and action-packed three days in Washington D.C.  Detroit Mercy ASDA students look forward to future lobby days and working with the ADA on advocacy efforts in the future.