Since their first days at Detroit Mercy Dental four years ago, David and Jessica Singleton planned a wedding, got married and started a family. In addition to the biomedical and clinical sciences, the most profound lessons learned and reinforced were teamwork and community. 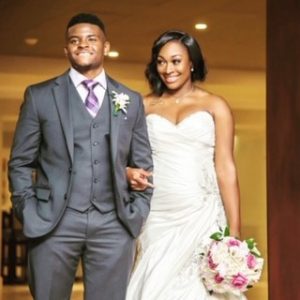 Their relationship had been previously challenged by a tour of duty with the U.S. Navy in Afghanistan and moving across country, but dental school brought a different type of struggle. It was a struggle with the highest of highs, and plenty of unpredictable challenges they would have to figure out one day at a time, together.

“Thankfully both pregnancies were easy on me! I don’t know what I would have done if I had felt sick or been exhausted,” Jessica said. “What was difficult was sacrificing time with my daughters at very early stages of their lives.”

She knew she had to do it, though and thought graduating on time would be worth it. Leading up to each birth, Jessica studied ahead and after delivery, took a very limited maternity leave. Both times she returned to school mere weeks after giving birth.

David caught her up on missed schoolwork, taking thorough notes and reteaching her lessons in the simulation lab. “Knowing I had to reteach Jessica made me retain it better and the act of teaching her reinforced the curriculum in my brain,” he said. “It worked to my benefit.”

Because both Jessica and David came from out-of-state, neither had family support in Detroit. They found a trustworthy daycare to look after their daughters while they were at school, but as dental students, studying and extracurriculars taking place after-hours are equally important parts of the learning process and experience.

Parenting as dental students left them few options but to do both at the same time.

“Kalia walks around the school like she owns it,” David said. “She has spent so much time here with us while we studied after hours or attended events. She knows the staff and faculty, and they know her.” 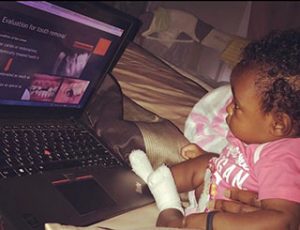 Some of the most stressful times for the young family came during exams.

“I remember Kalia sleeping in her car seat when we were pulling all-nighters,” David continued. “We have photos of the girls studying PowerPoints with us, starting them young in dentistry!”

At times, the load of school work and parenting could be overwhelming. Because they did not have a network or community to fall back on, they had to create one. They looked to those they trusted at Detroit Mercy Dental to get them through.

“Our Patient Care Coordinator babysat for us. We’ve left our girls with daughters and nieces of staff members. They have become staples in Kalia and Averi’s lives and our family, here,” Jessica explained.

As commencement draws near, the Singletons look back on the whirlwind of the past four years proud to have achieved their goals and created a beautiful family. If there is one thing they have realized, it is that they needed support – support from each other, peers, instructors, staff and administrators – not only on an academic level, but a personal one, too. 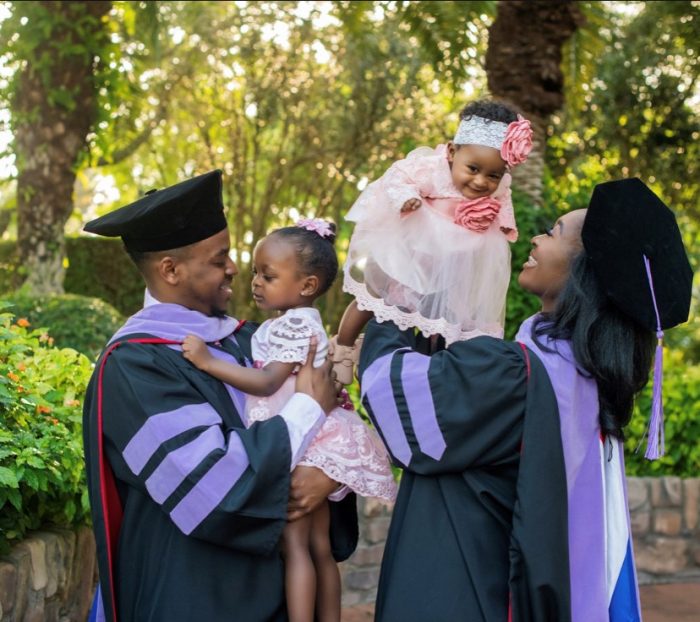