The 45th Student National Dental Association (SNDA) Annual Convention recently took place in Dallas, Texas  from July 20-23.  It was held in conjunction with the National Dental Association‘s (NDA) 104th Annual Convention. Several of our students attended, connecting with the minority community within the field of dentistry; there, they engaged in learning activities and networking opportunities, and were inspired by messages from their peers and colleagues.  Since returning, the students have reflected upon their time at the meeting.  Below, in their words, they describe the impact of the SNDA convention had on their educational experience as well as how they foresee their personal role in dentistry.

This year I attended my first Student National Dental Association Conference…the conference offered multiple daily sessions and lectures about an array of topics including specializing, being a woman in dentistry, how to find a dental mentor, research projects and initiatives current SNDA students were engaged in, and I was even able to attend our own Dr. Neely’s NDA convention lecture on periodontal implants.  — Antonia Neal DS2, treasurer SNDA – Detroit Mercy chapter

The greatest takeaway was undoubtedly the number of minority professionals that gathered together personifying the shining example of where we can go.  One session I was able to attend was a woman-to-woman panel and the guest speakers really broke-down their individual journeys to success, detailing everything from student life to marriage and children, to finances and even how to handle being a minority in dentistry.  Hearing their stories meant so much for various reasons.  Firstly, it is reassuring to know that despite the struggle, anything is possible.  Secondly, it is an eye-opener as to how many educational and personal choices are available and should be taken advantage of, especially early-on.  Thirdly, it was a great networking opportunity. — Misha Mullen DS2, secretary SNDA – Detroit Mercy chapter

Being that it was my first convention, I did not know what to expect; however, I knew I wanted to take full advantage of every aspect of it…During my time there, I felt growth, not only professionally, but personally as well. I attended sessions where students from other schools came together to talk about the great things they have implemented that the rest of us could take back to our respective schools, where students discussed clinical problem solving, where National Dental Association (NDA) members talked to us about their journey’s and how to reach our goals, and where members of SNDA/NDA informed us on how to impact communities, not only in the U.S, but internationally.  After this experience, I believe I am currently living up to these objectives and will continue to do so going forward.  — Chelsea Covington DS3, vice-president SNDA – Detroit Mercy chapter 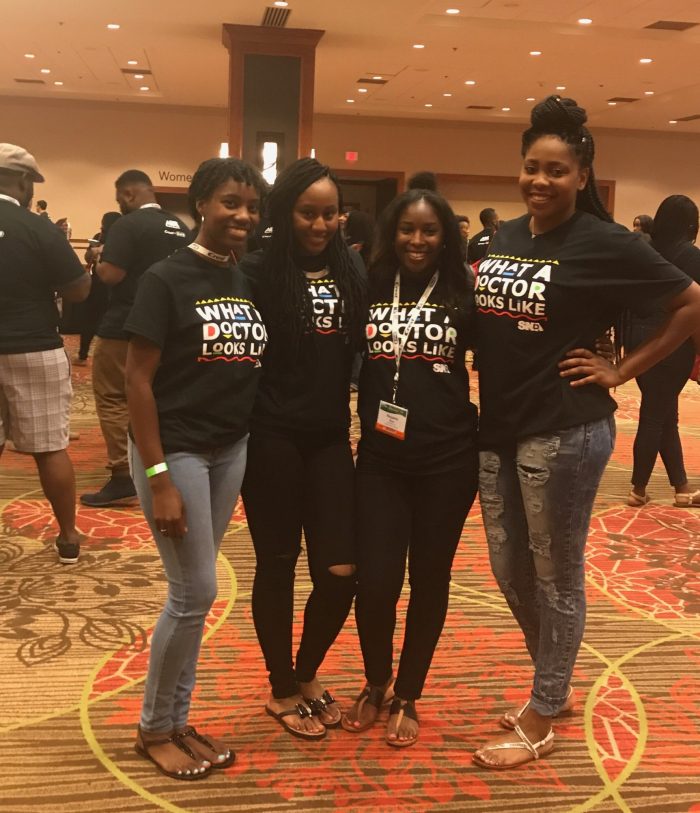